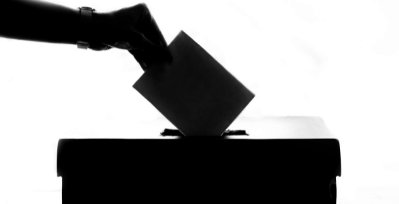 Results from the June 7 Primaries

Incumbent Governor Gavin Newsom (D) faced a wide field of primary challengers, but easily won the election on Tuesday. This contest follows the attempted recall last September, which was largely sparked in response to Newsom’s COVID-19 mitigation strategies (and his public displays of flouting them). However, at that time over 69% of Californian voters reaffirmed their trust in the Governor’s leadership. And, voters still strongly support Newsom, judging from a poll taken on May 31, showing Newsom leading the pack with 50% of likely voters surveyed. The nearest competitor, State Senator Brian Dahle (R), received only 10%. California has a top-two primary system where the two candidates receiving the majority of votes move onto the general election regardless of party affiliation. Dahle and unaffiliated candidate Michael Shellenberger competed for the small margins left for second place, but ultimately Dahle won and will advance to the general election. The governorship is widely expected to remain under Newsom’s control. The Cook Political Report and Larry Sabato’s Crystal Ball rate this race as safely Democratic come November.

Republicans Early and Hochman were only 4 points away from each other in the polls released June 3. Early enjoyed a slight lead, surprising many as Hochman is backed by most conservatives in the state. Early is a staunchly conservative candidate running on a platform of banning critical race theory in schools, investigating election integrity, and investigating COVID-19 mitigation policies and school closures. Hochman, alternatively, is running on a moderate conservative platform focused on imposing harsher punishments for violent crime, human trafficking, and eradicating fentanyl from Californian communities. At the time of this publication, the second place candidate had not yet been called though Hochman was in a distant second place.

Arguably, some of the most interesting races on the ballot in California were at the local level: The voters of San Francisco attempted and succeeded in recalling their progressive district attorney, Chesa Boudin, while the city of Los Angeles held its mayoral primary. Progressive-leaning Congresswoman Karen Bass (D) and Republican-turned-Democrat billionaire Rick Caruso defeated a handful of hopefuls to move on to a runoff in November. Both Caruso and Bass have pledged to tackle the city’s rising homelessness population and crime rates. Caruso has spent millions on ads attempting to tie current electeds (read: liberal Democrats) to these crises, while Bass’s campaign has had a more conciliatory tone surrounding the issues. Ultimately, Angelenos must decide – like voters in New York City last cycle – if they want to shift towards the political right on the issues of the moment: primarily homelessness and crime.

Incumbent Governor Kim Reynolds (R) and Deidre DeJear (D) officially received their respective parties’ nominations on Tuesday. Reynolds is seeking her second term in office and is running on a campaign platform of increasing jobs, cutting taxes, and investing in public schools. DeJear is focused on voting protections, education, and expanding access to broadband. Governor Reynolds is very popular in a state that is growing increasingly more conservative each cycle. Rating gurus have marked this race as solidly Republican.

Incumbent Attorney General Tom Miller (D) and Brenna Bird (R) did not face challengers during the primary and have officially advanced onto the general election. Miller faced Bird in the 2010 attorney general race and won by only 11 points. He is the longest serving attorney general, having first been elected in 1978, though he did have a brief hiatus after a failed gubernatorial run during the 1991 cycle. Miller is running on a platform to break up perceived monopolies in the tech industry, defending consumers from fraud and abuse, and defending farmers against large agricultural companies. Bird is running on a conservative platform focusing on the promise of pushing back on Biden’s agenda, and enforcing tougher crime policies. In a February poll conducted by Iowans for Tax Relief, Bird had a 5% lead on Miller, indicating that the general election will be highly competitive – even a potential flip for Republicans.

South Dakota’s first female Governor has all but guaranteed herself a second term after easily defeating her lone primary challenger – former House Speaker and current state Representative Steve Haugaard (R) – yesterday. Governor Kristi Noem (R) saw her national profile rise during the earlier months of the COVID-19 pandemic receiving accolades from conservative news outlets for opting out of any strong mitigation measures culminating with a speaking slot at the 2020 Republican National Convention. That very ascension caused some to wonder if she was positioning herself for a presidential run in 2024: Haugaard made this a central theme and critique throughout his primary challenge. However, voters in South Dakota either do not care or did not take the bait as Governor Noem defeated Haugaard by approximately 53 points.

Governor Noem is running against House Minority Leader Jamie Smith (D) in the general election. Smith has a nearly impossible path to victory. The Governor has proven to be a superior fundraiser, breaking state records and filling her campaign war chest with $15 million. She is popular within the state. But, South Dakota has not voted for a Democratic governor since 1974.

Governor Michelle Lujan Grisham (D) did not have a primary challenger and is facing off against Republican primary winner Mark Ronchetti in the general. Ronchetti is a former local news meteorologist and personality and ran for one of the state’s U.S. Senate seats in 2020; a race he lost but garnered nearly 46% of the vote in the process. Ronchetti is running as a “political outsider” and placing blame on current electeds – or “political elites” – for the state’s current track is his campaign’s cornerstone. He has continuously criticized Governor Lujan Grisham’s – and President Biden’s – border policies and strategies for being too weak and endangering New Mexicans. Ronchetti is also focusing on the issue of the moment in many races:, crime; he is vowing to restore qualified immunity for police officers and to repeal the state’s law permitting pre-trial release of persons charged with crimes.

Meanwhile, Governor Lujan Grisham is touting her first term policy achievements including the statewide expansion of childcare assistance, the state’s new universal pre-k system, and paid sick leave law that will soon take effect. She is pledging to continue to invest in education, to promote public safety, and to continue to try to grow the state’s economy.

Though, some clouds are hanging over her re-election campaign: During this first term, she reached a $150,000 settlement with a former staffer after accusations of sexual harassment, and in July 2021 news broke that her staff had been using a private messaging app on their government-issued phones. This, combined with the current political climate for Democrats and a stronger Republican challenger making border security a top issue, could make for a bumpy path to a second term. The most recent public polling has the Governor +4 in a head-to-head matchup with Ronchetti. The Cook Political Report has this gubernatorial rated as Likely Democratic while Larry Sabato’s Crystal Ball has handicapped it as Leans Democratic.

Current Attorney General Hector Balderas (D) is termed out, creating a race for an open seat. Jeremy Michael Gay officially teed up the Republican nomination yesterday as the only person on the primary ballot, while District Attorney Raúl Torrez secured the Democratic Party’s nomination. Democrats have had a stronghold on the office: Only three Republicans have ever been elected to the post. While it is expected to be a down year across the country for the party, Torrez has better odds of being sworn in as the state’s top lawyer come 2023.