This Week in the States 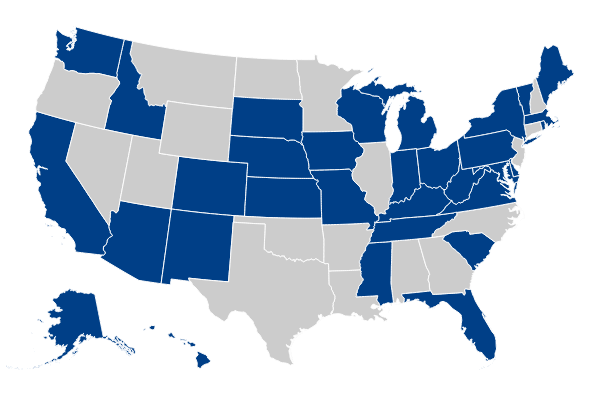 The Senate Transportation and Energy Committee will hold a public hearing January 27 regarding SB 17, which requires that the high-performance transportation enterprise include information about its public-private partnerships in its annual report to the legislative committees of the house of representatives and the senate that have jurisdiction over transportation. Contact Jessica Holt

The deadline to introduce bills in the House and Senate is January 23. Contact Rob Phillips

The deadline to introduce bills in the House and Senate is January 24. Contact Louis Messier

The House Committee on Agriculture will hold a public hearing January 23 regarding HB 2437, which prohibits the use of identifiable meat terms on labels or in advertisements of meat analogs without either an accompanying disclaimer that the product does not contain meat or the inclusion of the word “imitation” before the name of the meat food product being imitated. Contact Alice Brumfield

The Department of Transportation will accept comments until January 21 regarding adopted emergency regulations and proposed permanent changes to permitting requirements for oversize and overweight vehicles. Contact Amy Cole

The Executive Office of Energy and Environmental Affairs will accept comments until January 24 regarding proposed amendments to the air pollution control regulations. Contact Amy Cole

The deadline to introduce bills in the House and Senate is January 23. Contact Robert Korn

The House Committee on Science, Technology and Energy will hold a public hearing January 23 regarding HB 1261, which changes the focus of the State's energy consumption reduction goal to greenhouse gas emissions, rather than fossil fuels. Contact Steven Fearnow

The Department of Labor will accept comments until January 24 regarding proposed amendments to a rule regulating the frequency an employer must pay employees and the period employers must keep employee time-sheet records. Contact Ben Williams

The Senate Health Committee will hold a public hearing January 22 regarding SB 5092, which allows pharmacists to complete Clinical Laboratory Improvement Amendment-waived tests as specified by the Commissioner of Health. Contact Marie Divine

The deadline to introduce bills in the House is January 22. Contact Sophia Tailor