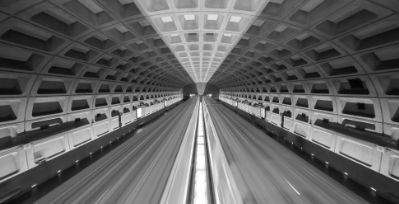 Results from the District of Columbia primary

After a turbulent second term highlighted by the pandemic, public fights with former President Donald Trump (R), social unrest created by the killing of George Floyd, and an uptick in crime and challenges from progressives on the D.C. Council, Bowser faced a genuine political challenge during this primary cycle. Ultimately Mayor Bowser won with around 50% of the vote. Bowser will face Stacia Hall, the Republican nominee in the general election, and is likely going to secure a third term as Republicans do not have a large presence within the District. Bowser has promised to build off her record and to continue to advocate for D.C. statehood. She has also pledged to deploy strategic police hiring tactics to increase native Washingtonian officers, continue to reduce homelessness, invest in affordable housing and strengthen the District’s public school system.

In April, frontrunner and soon-to-be former D.C. Councilmember Kenyan McDuffie was deemed ineligible to serve in the position of Attorney General, shaking up the race ahead of yesterday’s Democratic primary. In the end, Brian Schwalb (D) was able to secure enough support to move on to the general election ballot and eventually into the Office of Attorney General. He received the endorsement of the District’s current Attorney General Karl Racine (D) and former Attorney General Irv Nathan.

Schwalb is pledging to enhance public safety and aims to spark more collaboration and coordination with agencies in neighboring Maryland and Virginia. He is advocating for enhanced legislation that protects workers who come forward with claims of wage theft or discrimination. And has promised to aggressively enforce District environmental laws whose de-prioritization disproportionately impacts lower-income residents and communities of color.