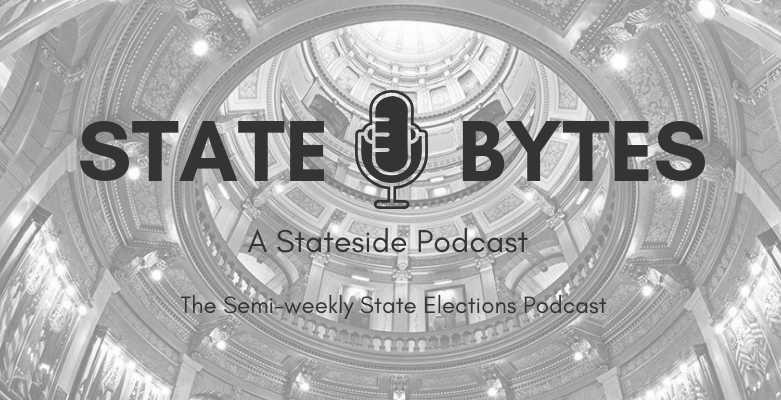 Each week State Bytes will feature multiple conversations about all of the states holding regularly scheduled elections, including in the capitol and on the campaign trail insight and perspective. Check your emails or iTunes on Tuesdays and Thursdays for new episodes.

Al Park from The Park Law Firm joined us on September 26 to discuss the upcoming election and New Mexico’s political history. Mr. Park recaps issues folks are running on in the state and trends he is experiencing in these races on the ground. We also discuss potential issues for the legislature to tackle this upcoming session.

In this special roundtable episode, three guests joined us on September 27 to talk Missouri demographics and politics. Bill Shoehigh of Shoehigh and Associates and Kurt Schaefer and Doug Nelson of Lathrop Gage discuss the state house and state senate races and initiatives on the ballot in November and how those results might shape the 2019 session. We also briefly discuss the new dynamic in the Governor’s Office.

Lisa Harris Jones from Harris Jones & Malone joined us on September 28 to talk about the gubernatorial election in the Old Line State between Governor Larry Hogan (R) and Ben Jealous (D). She also details how the state’s surprising primary went down and her thoughts on what issues have resonated with voters this cycle.

Pat Harrington from Muchmore Harrington Smalley & Associates joined us on October 3 to outline the issues gubernatorial candidates Gretchen Whitmer (D) and Attorney General Bill Schuette (R) are running on. Mr. Harrington talks about the state’s “blue pockets” and which chamber he believes is the most likely (though not guaranteed) to flip. We also discuss different post-election scenarios and what they would mean for next session.

Jim Merrill from The Bernstein Shur Group joined us on October 5 to talk about the gubernatorial race between Governor Chris Sununu (R) and Molly Kelly (D) and what folks are running on in state level races. Mr. Merrill talks about trends he has seen this cycle. He also gives us a lay of the land of the upcoming legislative session.

Contact Meghan Holihan with questions, comments, or feedback. Be sure to rate, review, and subscribe on iTunes.