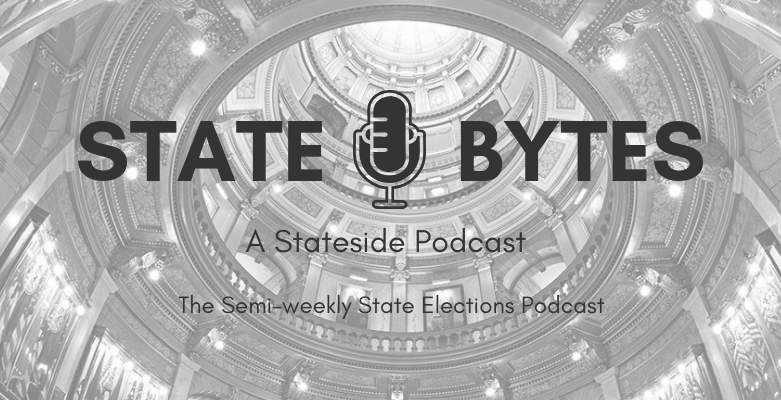 Rochelle Mallett joined us from Husch Blackwell Strategies on August 16 for one of our few in-person recordings. Ms. Mallett provides us with some insight on the Nebraska’s unique Legislature including how leadership is elected, how to successfully approach lobbying in the Senate, and the pace of the legislative session. There are 24 seats up this cycle in the Senate – 18 are currently held by a Republican and 6 are currently held by Democrats. Even though the Legislature is “non-partisan,” she admits that everyone knows the breakdown inside the building: currently, there are 31 Republican Senators, 16 Democratic Senators, 1 Libertarian, and 1 Independent. Ms. Mallett gives us her thoughts on the upcoming session and we discuss potential issues that Senators could tackle in 2019.

Travis Berry of Political Works LLC joined us on August 21 to chat about Colorado politics and the upcoming general election and to give this battleground state more of a highlight, we talked with Micki Hackenberger of Axiom Strategies one month later on September 21. In Part One, Mr. Berry gives us an overview of what issues the two gubernatorial candidates, State Treasurer Walker Stapleton (R) and Congressman Jared Polis (D), are running on. We also dive into the attorney general race. He highlights some issues folks are running on in legislative races, specifically, in some of the suburban districts. In Part Two, Ms. Hackenberger educates us on Colorado’s political history and why it has been dubbed a swing state. She details the philosophical differences the two gubernatorial candidates have on a huge issue in the state: healthcare. We discuss the targeted State Senate races including the high profile 24th district. Both Mr. Berry and Ms. Hackenberger discuss the much-talked about ballot measure that would essentially ban oil and gas development. Interestingly both Democrats and Republicans are teaming up to make sure this measure goes down.

Jim O’Brien from The Connecticut Group joined us on August 22 to discuss Connecticut politics and the upcoming general election. The state’s economy is still struggling, and its citizens have experienced two tax increases in the past eight years. Couple those with the low approval rating of outgoing Governor Dan Malloy (D) and we’ve seen a reliably blue state slip a bit in the polls. The State Senate has been tied since the last election. It is again considered a battleground chamber this session. Mr. O’Brien also outlines the top priorities of the legislature for next session.

Also, be sure to check out Mr. O'Brien's podcast.

Jay Myers with Locke Lord joined us right after the Massachusetts’s primary election on September 7. We discuss the popularity of Governor Charlie Baker and how his opponent will try to counter that in general. We also talk about some shake ups down ballot in the primary and trends Mr. Myers sees in the state legislative races. He highlights major legislative accomplishments from this past session and we discuss what is left on the table for January. He also graciously gives us some advice on how to approach passing a bill in the Commonwealth.

John Watts of Veritas Advisors LLP joined us on September 17 to discuss Idaho politics. Mr. Watts gives us an overview of the gubernatorial race between Lt. Governor Brad Little (R) and Paulette Jordan (D). We discuss what issues the two are running on, the messaging in each campaign, and how those things are resonating with the voters. We also talk about the magnitude of the Medicaid expansion ballot question and how it’s effecting the governors’ race. Mr. Watts lays out potential issues for the Legislature to tackle in 2019 and some fun facts about the state.

Graham Champion chatted with us from Public Strategies LLC on September 19 to provide insight on the upcoming state elections in, what he affectionately calls, the Make Me State. Mr. Champion gives us an overview of the governor’s race and his thoughts on a potential upset in a statewide office. We discuss what will likely take priority next session and why so many new faces will fill the chambers.