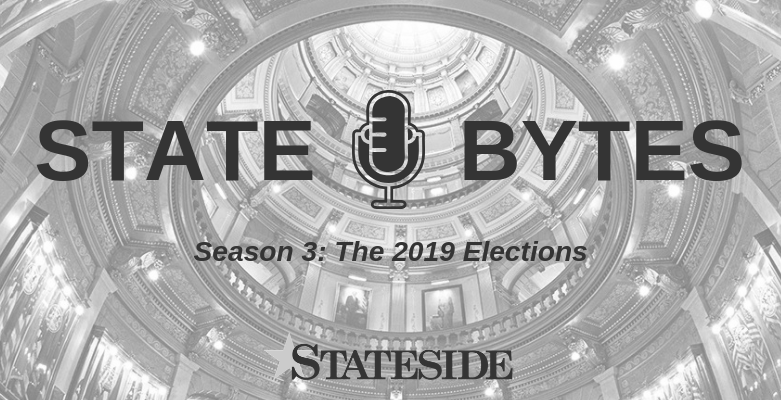 State Bytes is back with its third season – and second elections-focused season. Once again, we’ll be gaining insight from lobbyists in states holding elections this fall.

For our sixth and seventh episodes, we chatted with Tray Adams and Travis Blankenship of McGuireWoods about the hotly contested legislative races in Virginia. Tune in below! (We're also on Apple Podcasts!)

Tray gives us a recap of what went down in the 2017 election and what folks are running on in 2019. We discuss the newly drawn House districts and how that is effecting some races. And, Tray briefs us on what may be coming down the pike next session in the House.

Travis talks about how Virginia has changed since the last time the Senate was up. We discuss what issues Senate candidates have been touting on the trail and which Senate districts are in play. Travis also briefs us on what the Senate was able to get accomplished this past session and what's left to tackle next session.