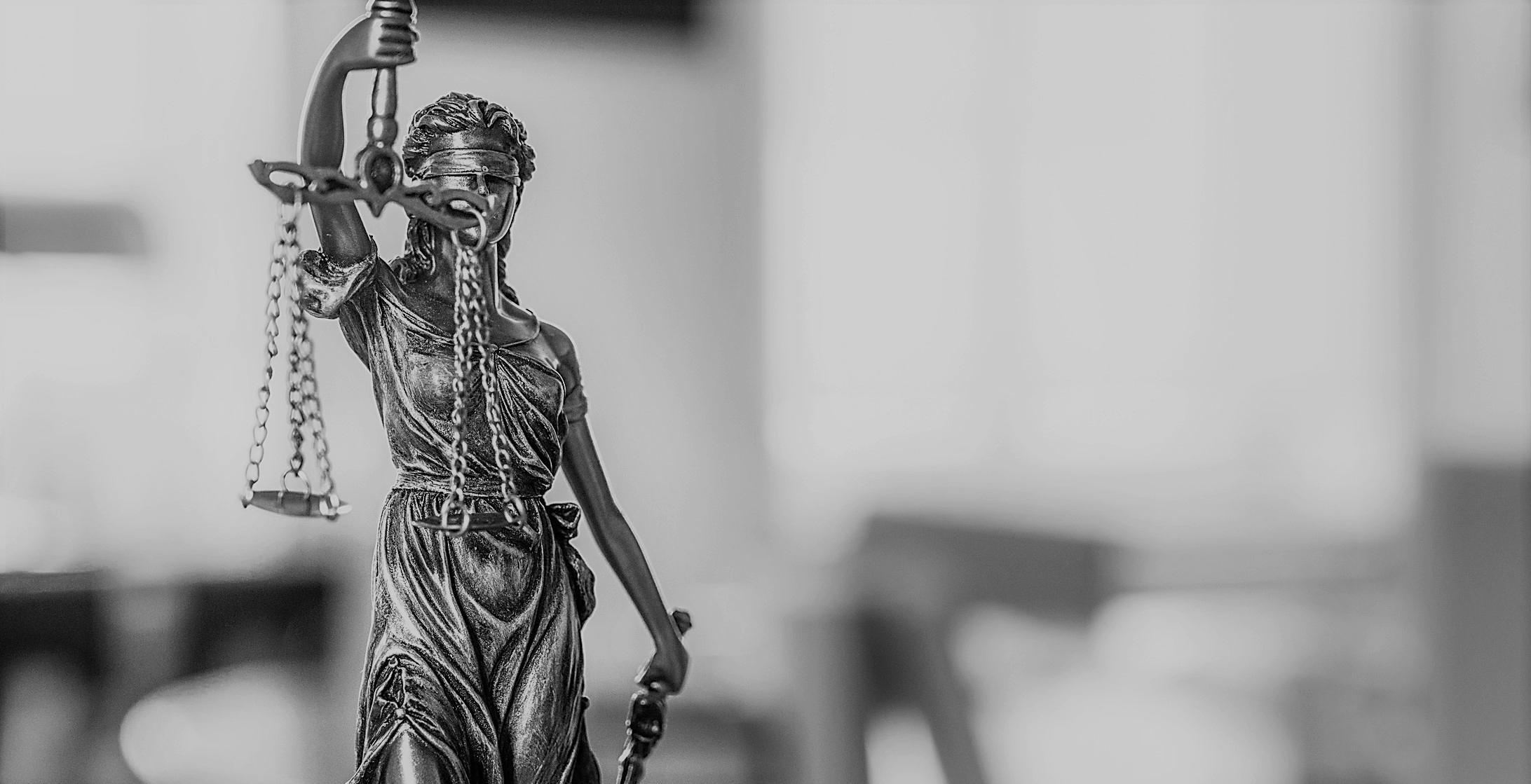 Results from the May 17 Primaries

The gubernatorial election in Pennsylvania has been especially contentious as candidates prepare to replace outgoing Governor Tom Wolf (D), who is term-limited. The Republican primary saw a wide field of 11 candidates. State Senator Doug Mastriano and former Congressman Lou Barletta led the pack through the weekend.

In the end, Mastriano secured the nomination due in part, at least, to a late endorsement from former President Donald Trump on May 14. Mastriano is well known for his unwavering support of Trump, and his refusal to accept the results of the 2020 Presidential election. Mastriano soared ahead by 12 points in the latest poll taken May 14 -15. He has pledged to rescind all COVID-19 mitigation policies, ban Critical Race Theory in schools, and lower property taxes for homeowners.

Mastriano will have some challenges ahead in a general election environment. He has been enveloped by a controversy surrounding a video showing him marching past police barricades during the U.S. Capitol riot. And, when the former president endorsed him over the weekend, he stated that he did so because Mastriano has “fought harder” than any of the other candidates to oppose his loss in the 2020 election and as governor will “do something about it.”

Attorney General Josh Shapiro has now officially secured the Democratic Party’s gubernatorial nomination. Shapiro has had a long career in public office, serving stints as state representative, county commissioner, and most recently attorney general. He ran unopposed in the primary and has used that time to focus his efforts on the general election. He has pledged to use federal infrastructure investments to expand broadband access in rural areas to increase jobs. Shapiro has also promised to reduce carbon emissions in Pennsylvania by investing in zero-carbon technologies and plugging abandoned wells across the state.

Prior to yesterday’s results, the Cook Political Report and Larry Sabato’s Crystal Ball had the Pennsylvania gubernatorial race rated as a Toss Up. The ratings had not been updated in months and could have been a reflection of the Democrats crowning an established, ambitious politician who had recently faced criticism for his support of the state’s COVID-19 mitigation measures. However, now the Republicans have nominated their candidate, and Mastriano’s closeness to former President Trump will be controversial with independent and suburban voters in the Keystone State. And early this morning, both of the ratings sites updated Pennsylvania to Leans Democratic.

While Governor Brad Little (R) comfortably captured the Republican party’s nomination for governor in Idaho, he did so while under attack from within the party itself. Trump-endorsed Lieutenant Governor Janice McGeachin primary challenged the incumbent governor after the two struggled internally for power over the last few years. McGeachin made headlines as she twice issued Executive Orders while the governor was out of state, after which Little quickly responded by rescinding them: One prohibited the state or local governments from issuing mask mandates and another prohibited vaccine requirements by schools and the State Department of Education.

On the Democratic side, Stephen Heidt ran unopposed. Idaho is deep red, the Governor’s Mansion is safely Republican, and Governor Little is expected to be sworn in for a second term.

Former U.S. Congressman Raúl Labrador secured the Republican nomination for Attorney General in yesterday’s primary against incumbent Attorney General Lawrence Wasden. Wasden was Idaho’s longest serving attorney general, first assuming office in 2003. Labrador is a former State Senator and also served as the Idaho GOP Chairman. As one of the founders of the Freedom Caucus, he ran on a very conservative platform. His policy positions focus heavily on crime and punishment, focusing on utilizing state resources to impose harsher restrictions for undocumented immigrants. He has pledged to challenge the Biden administration and believes the role of Attorney General to be more activist and to amplify the voices of state constituents on a national platform. Labrador will face Democratic nominee Steven Scanlin in the general election in November but is favored to win that election easily.

Thirty-four candidates ran in Oregon’s gubernatorial primary yesterday to get a step closer to succeed term-limited Governor Kate Brown (D). In the end, former Speaker of the House Tina Kotek won the Democratic nomination. As of this publication, the race for the Republican nomination is too close to call between former Republican Leader of the House Christine Drazan and Bob Tiernan. The Democratic and Republican nominees will be joined in the general by former Democrat-turned-independent gubernatorial candidate, Betsy Johnson.

The foundational message of Tina Kotek’s gubernatorial campaign has been one of public service: She has painted herself as an advocate for Oregonians while leaning on her accomplishments in the statehouse. Kotek has spent the last decade as a leader of her party: amassing a laundry list of progressive proposals that she shepherded through the statehouse during her time as Speaker including raising the minimum wage, expanding health care coverage to undocumented Oregonians, and phasing-out coal-fired power generation in the state. Over the last few years, Kotek has made homelessness a top legislative – and budgetary – priority and if elected governor, she has pledged to end unsheltered homelessness for veterans, families with children, unaccompanied young adults, and people 65 years and older by 2025. She hopes to increase investments in public transit, expand access to healthcare in rural Oregon, and leverage purchasing power to advance workforce and apprenticeship opportunities for women, veterans, and historically disadvantaged communities.

As of Tuesday night, Christine Drazan held a slight lead over Bob Tiernan. She is running with a core message: Democrats can no longer be trusted to be in charge. And that may resonate with voters across the political spectrum: Recent statewide polling found that over 70% of respondents believe Oregon is on the wrong track. There are signs of discontent in the Democratic stronghold of Portland: 88% of residents polled there believe their quality of life in the city is getting worse and 62% think the region is headed in the wrong direction. Drazan has made public safety a priority issue on the campaign trail promising to increase funding for law enforcement and to step in “to enforce the law” in the city of Portland when protests escalate to riots. She has blamed the state’s growing homelessness population on policies put in place by Kotek and Governor Brown and hopes to work with nonprofits and local government units to address mental health issues and housing affordability. And Drazan has promised to repeal Brown’s 2020 cap and trade executive order on her first day in office.

Bob Tiernan served in the statehouse in the 90s and as Chair of the Oregon Republican Party from 2009 to 2011. Tiernan is shaping his message around his business background promising steady leadership if he assumes the helm. He cites lawlessness and homelessness as the top issues facing the state while also running on traditional Republican themes, pledging to lower taxes and to cut government regulations and spending. Tiernan was the chief petitioner of Oregon’s 1994 Ballot Measure 11 which established mandatory minimum sentencing for specified crimes.

While Kotek, Drazan, and Tiernan have been vying for their party’s nomination, Betsy Johnson has been courting supporters and filling her campaign war chest to the tune of $8 million. The former State Representative left the Democratic Party last year to run a gubernatorial campaign unaffiliated with either of the two major parties: As a result of this, she did not have to participate in a statewide primary. Johnson was considered to be a moderate and business-minded legislator who was not afraid to vote with Republicans, even on wedge issues such as gun control during her 20-year tenure. Much of her message has been tied to that independent streak. She has promised to get Democrats and Republicans in Salem to compromise while simultaneously bashing the “extremist on both sides.” Much like her general election opponents, she believes homelessness is a crucial issue and has stated that Oregon “cannot succeed if Portland fails.” She breaks with the Democratic Party by hitting the Brown administration on its COVID-19 mitigation measures and with the Republican Party on the issue of the moment – the right to access an abortion.

While November is six long months away, Johnson’s persona and message arguably have the potential to make the race – as a whole – competitive: According to polling completed earlier this year, respondents gave her a six point advantage over a generic Democrat after hearing information from Johnson’s campaign website. Pundits and political experts believe Republicans have an opportunity to pull off a heist in Salem: An unpopular Democratic governor, an expected Red Wave, and the potential for a strong independent candidate to split votes all combine to give Republicans a realistic chance to flip Mahonia Hall. The Cook Political Report has the general rated as Likely Democratic while Larry Sabato has it currently pegged as Leans Democratic.