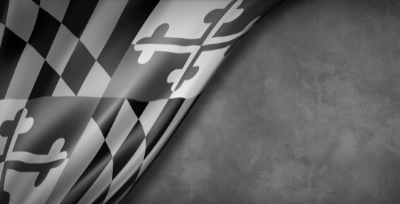 Results from the Maryland Primaries

36 Hours After Polls Closed, Marylanders Still Have No Democratic Nominee for Governor
July 21, 2022 | Posted by the Stateside Team

36 Hours After Polls Closed, Marylanders Still Have No Democratic Nominee for Governor

Maryland saw a wide field of candidates vying to replace popular but term-limited Governor Larry Hogan (R). Voters requested a historic number of mail-in ballots – nearly half a million. And elections officials could not begin counting them until today.

The Democratic Primary for Governor

The Democratic primary saw a crowded field of 10 candidates: Wes Moore, Maryland Comptroller Peter Franchot, and former DNC Chairman Tom Perez were considered frontrunners leading up to election day. Based on reports filed with the Maryland State Board of Elections in June, Moore led the three in fundraising at $6.03 million, followed by Franchot ($4.23 million) and Perez ($2.88 million).

Thanks to the competitiveness of this race, the campaigns may not get a clear picture of results for a week. As of this publication, Moore is ahead of Perez by approximately 35,000 votes. Franchot is in a distant third. And only 61% of the vote has been counted.

If Moore secures the nomination and goes on to win in November, he has proposed merit-based project funding and procurement reform to provide equity and opportunity in the state’s mass transit system. He has outlined a plan to grow Maryland’s economy by closing labor skill gaps, attracting leading industries and talent, creating opportunities for high-demand jobs, and supporting workers. Moore is the former CEO of the Robin Hood Foundation, one of the world’s largest anti-poverty organizations. His proposals also include speeding up the state’s implementation of a $15 minimum wage and making homeownership more accessible. Moore was endorsed by U.S. House Majority Leader Steny Hoyer (D), the Maryland State Education Association, and VoteVets, a progressive veterans’ advocacy organization.

Moore’s closest opponent, Tom Perez, has cited the breadth and depth of his experience in public office throughout the campaign. In addition to serving as Chair of the DNC from 2017-2021, Perez served as the U.S. Secretary of Labor in the Obama administration from 2013-2017. Endorsements for Perez include House Speaker Nancy Pelosi (D), U.S. Senators Ben Ray Luján (D) and Alex Padilla (D), and the Washington Post Editorial Board. Key issues for Perez’s campaign have included improving mass transit, expanding access to healthcare, extending food stamp eligibility, and expanding the state-earned income tax credit.

Franchot has yet to concede and is betting on a surge from the uncounted mail-in ballots. He has served as Maryland’s Comptroller since 2007 after previously serving in the Maryland House of Delegates from 1985-2007. If Franchot were to mount a comeback, and were to win in November, he is proposing a program to create 100,000 jobs in 100 weeks by investing in infrastructure projects and jobs training programs, and improving the operating environment for small businesses. He is pledging to invest more in the state’s transportation system, particularly in areas that do not have high quality mass transit options. Franchot also is promising to improve accountability and transparency in Maryland’s state government by publicly auditing the performance of all agencies, setting outcome-based goals for each agency, and publicly tracking performance toward these goals.

The Republican Primary for Governor

The Republican primary saw four contestants, with Maryland State Delegate Dan Cox and former Maryland Secretary of Commerce Kelly Schulz leading the way. Cox was endorsed by former President Donald Trump during the primary, while Schulz had Governor Hogan’s backing. Schulz held a significant fundraising advantage, but a recent publicly available poll for the race indicated a three-point lead for Delegate Cox coming into primary day. Even with uncounted mail-in ballots, Cox secured a large enough lead Tuesday to capture the Republican Party’s gubernatorial nomination. On Wednesday, a spokesman for Governor Hogan stated he would not be supporting Cox in the general election campaign.

Cox was one of three delegates who sued Governor Hogan over COVID-19 restrictions in 2020: He pledges to remove all remaining COVID-19 mitigation measures if elected. Cox advocates giving parents a stronger say in determining school curriculums and to ban the teaching of critical race theory. Other high profile endorsements of Cox include the staunchly conservative Republican gubernatorial nominee in Pennsylvania, Doug Mastriano, and Arizona’s own firebrand, State Senator Wendy Rogers (R). Cox’s close relationship to Trump, not to mention his presence in D.C. during the U.S. Capitol riot, will provide challenges for his campaign in Maryland’s deep-blue voter landscape.

The Cook Political Report rates this race as leaning Democratic, while Larry Sabato’s Crystal Ball rates the race as likely Democratic. Though, this may change now that the Republicans have nominated their candidate.

Congressman Anthony Brown has defeated District Judge Katie Curran O’Malley for the Democratic nomination for the Office of Attorney General. Brown has a lengthy political resume, which includes time spent as Lt. Governor of Maryland under Martin O’Malley from 2007-2015 and as a U.S. Representative to Maryland’s 4th Congressional District for the last five years. His main platform points of reducing gun violence, legalizing marijuana, and protecting voting rights were similar to his opponent’s, so he leaned into his legislative experience while campaigning. If elected, Brown has pledged to seek independent authority to investigate violations of environmental laws and reform the bail system for Marylanders.

Former Anne Arundel County Councilmember Michael Anthony Peroutka has secured the Republican nomination for the office. Peroutka, like many of his Republican counterparts this cycle, has been critical of COVID-19 mitigation measures, even adopting the campaign slogan “Liberty Forever, Mandates Never!” Other issues on his docket for Attorney General include protecting second amendment rights and conducting a comprehensive review of election methods and processes. Peroutka was the Constitutions Party’s candidate for President of the United States in 2004.