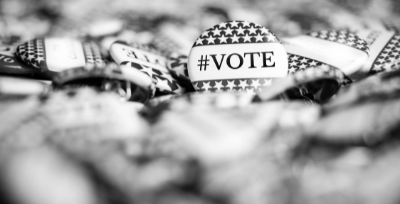 Results from the June 28 Primaries

Incumbent Governor JB Pritzker (D) came out on top in yesterday’s Democratic gubernatorial primary after facing retired Army Major Beverly Miles, securing his place in the general election for the second time. Pritzker has secured 91.5% of votes thus far. Pritzker was elected governor in 2018, and is using this year’s race to elevate his platform of bringing fiscal responsibility back to the state of Illinois and emphasizing his administration’s handling of the COVD-19 pandemic. Last year, the Governor launched one of the nation’s largest pandemic relief grant programs for small businesses of Illinois, in addition to the nation’s largest assistance program.

On the other side, the Republican field for governor was crowded, with a total of six candidates on the primary ballot. The race experienced network and campaign drama, most notably with candidates having split off in to separate debate events that aired consecutively on two different networks just weeks before election day. Ultimately, and somewhat remarkably, Trump-endorsed State Senator Darren Bailey (R) finished nearly 37 points ahead of his closest challenger, setting him up for a face off with Pritzker in November.

Not long ago it was assumed that Republican Richard Irvin – backed by billionaire hedge fund manager Ken Griffin – would secure the nomination and give Pritzker (and his campaign war chest) a serious challenge. However, weeks before the Republican primary, polls found Bailey had a nearly two-to one lead over Irvin. While former President Trump’s endorsement likely helped to lift Bailey over Irvin, the Governor and the Democratic Governors Association (DGA) may have also had a hand in this: They have been running ads targeting the Republican base touting Bailey’s staunchly conservative positions. While Democrats have meddled in Republican primaries in the past, the general election does not always yield wanted results from this tactic.

Meanwhile, Bailey is promising that if elected governor he will work to fully reopen the economy and schools post COVID-19, with the goal of returning to complete normalcy as a top priority. He has also pledged to lower both property and income taxes.

Currently, the Cook Political Report rates this race as Solid Democratic while Larry Sabato’s Crystal Ball has it as Likely Democratic.

Incumbent Attorney General Kwame Raoul (D) did not have a primary challenger and will face off against Thomas DeVore (R) in November who has received 44% of votes thus far after a tight Republican primary race against two challengers. Raoul, who is wrapping up his first term as the state’s chief legal officer, is running for re-election on a platform of issues related to increasing access to health care and working with federal and local law enforcement to prosecute murder, violent crimes, crimes of sexual violence and gun trafficking.

All three men vying for the Republican nomination ran on similar platforms that focused on criticizing previous pandemic guidelines supported by Raoul and the current state of crime within Illinois. DeVore notably sued Governor Pritzker, Chicago Mayor Lori Lightfoot (D), and the Department of Corrections over the last 20 months to end vaccination and testing policies for educators, police officers, and firefighters.

Incumbent Governor Jared Polis (D) ran unopposed in the Democratic primary yesterday. Polis is running for what will be his second, and due to term limits, final term. Polis’s platform for this race includes plans to set Colorado on a path to 100% renewable energy by 2040, actions to respond to the COVID-19 pandemic, and reducing the cost of healthcare.

In efforts to upend Democratic control and become their party’s first governor in Colorado in 15 years, Heidi Ganahl (R) and Greg Lopez (R) battled to secure a seat in the upcoming general election. Both candidates have criticized Governor Polis on his response to the COVID pandemic, rising crime, and use of executive orders. In the end, Ganahl has secured approximately 53% of votes and will take on Polis in November.

Ganahl has called for lowering taxes and taking action to address the state’s mental health crisis and teen suicide rates. She is advocating for stronger parole boards and bail reform that would not allow for the release of repeat offenders. Ganahl is an at large regent for the University of Colorado system, a position she was elected to in 2016, narrowly beating out her Democratic competitor.

The Cook Political Report and Sabato’s Crystal Ball have rated this race as safe for the Democratic Party.

Both incumbent Attorney General Phil Weiser (D) and his Republican challenger, John Kellner, ran unopposed in their respective primaries yesterday. Weiser is prioritizing the preservation and protection of Colorado’s’ land, air, and water, which includes addressing climate change in the state and creating a clean energy future. Kellner is set to focus on other issues within his platform, including fighting Colorado’s crime wave and addressing unemployment fraud during the height of the pandemic. Kellner will have an uphill battle against Attorney General Weiser.

Incumbent Governor Kathy Hochul (D) comfortably advanced to the general election Tuesday after defeating the two other Democratic primary candidates, Congressman Thomas R. Suozzi and New York City Public Advocate Jumaane Williams. Hochul has served as head of state since last August when she succeeded embattled former Governor Andrew Cuomo (D): She is now running for a full four-year term and has amassed an impressive fundraising haul in a short time – to the tune of $34 million. Hochul has emphasized her accomplishments on the trail, including a gas-tax reduction through the end of the year and gun control and abortion-access proposals.

The Republican gubernatorial primary was closely contested in the weeks leading up to election day. However, Congressman Lee Zeldin secured the nomination yesterday by a fairly large margin, beating out the three other candidates including Andrew Giuliani, the son of Rudy Giuliani.

Zeldin served in the New York State Senate for four years prior to being elected to the United States Congress in 2014. Zeldin, like many of his Republican counterparts seeking higher office this cycle, has been critical of the state’s COVID-19 mandates. If he pulls of an upset in November, he is pledging to establish term-limits and to overhaul the state’s Joint Commission on Public Ethics.

Latest polls show Governor Hochul with a 20+ point lead on any potential Republican candidate. The Cook Political Report rates the race as Solid Democratic while Larry Sabato’s Crystal Ball has it as Likely Democratic.

Incumbent Attorney General Letitia “Tish” James (D) ran unopposed in yesterday’s primary and should easily secure a second term against Republican Michael Henry in the general. James is running on her first term achievements including buying back over 2,700 guns through state programs, securing more than $1.5 billion in settlements with opioid manufacturers, and – perhaps quite meaningful to the Democratic base – taking over 100 legal actions on the Trump Administration, and the former president himself.

Incumbent Governor Kevin Stitt faced three challengers in the Republican gubernatorial primary on Tuesday: Joel Kitsel, Mark Sherwood, and Moira McCabe. Stitt, who raised 20 times more than his opponents, secured the nomination with 69% of the vote. Although he raised a lot of money, he was also forced to spend a lot during the primary in order to combat an onslaught of ads painting Stitt as soft on crime. Stitt’s platform is largely centered on building off of the momentum built from his first term in office, focusing on the economy, education, and public safety.

Meanwhile, State Superintendent Joy Hofmeister easily secured the Democratic nomination for Governor. Hoffmeister is running on a platform of increasing access to quality healthcare, improving infrastructure, and legislative support for small businesses. A lifelong Republican, changing her affiliation just before this election cycle, Hofmeister has criticized Stitt for pulling the Oklahoma Republican Party too far to the right. That approach is likely to backfire as the state and its elected officials (up and down the ballot) have only gotten more conservative over the past several cycles: Governor Stitt is poised to be re-elected in November.

Gentner Drummond has defeated incumbent Attorney General John O’Connor (R) on Tuesday following a contentious Republican primary. In a reattempt from his narrow defeat in the 2018 election against former Attorney General Mike Hunter, the race has been called for Drummond who has secured 50.9% of the vote as of this publication. A poll taken in June 2022 showed Drummond had 41% of support from likely primary voters. Drummond ran with a focus on public safety and increasing government transparency. He will handily defeat his one general election opponent in November.