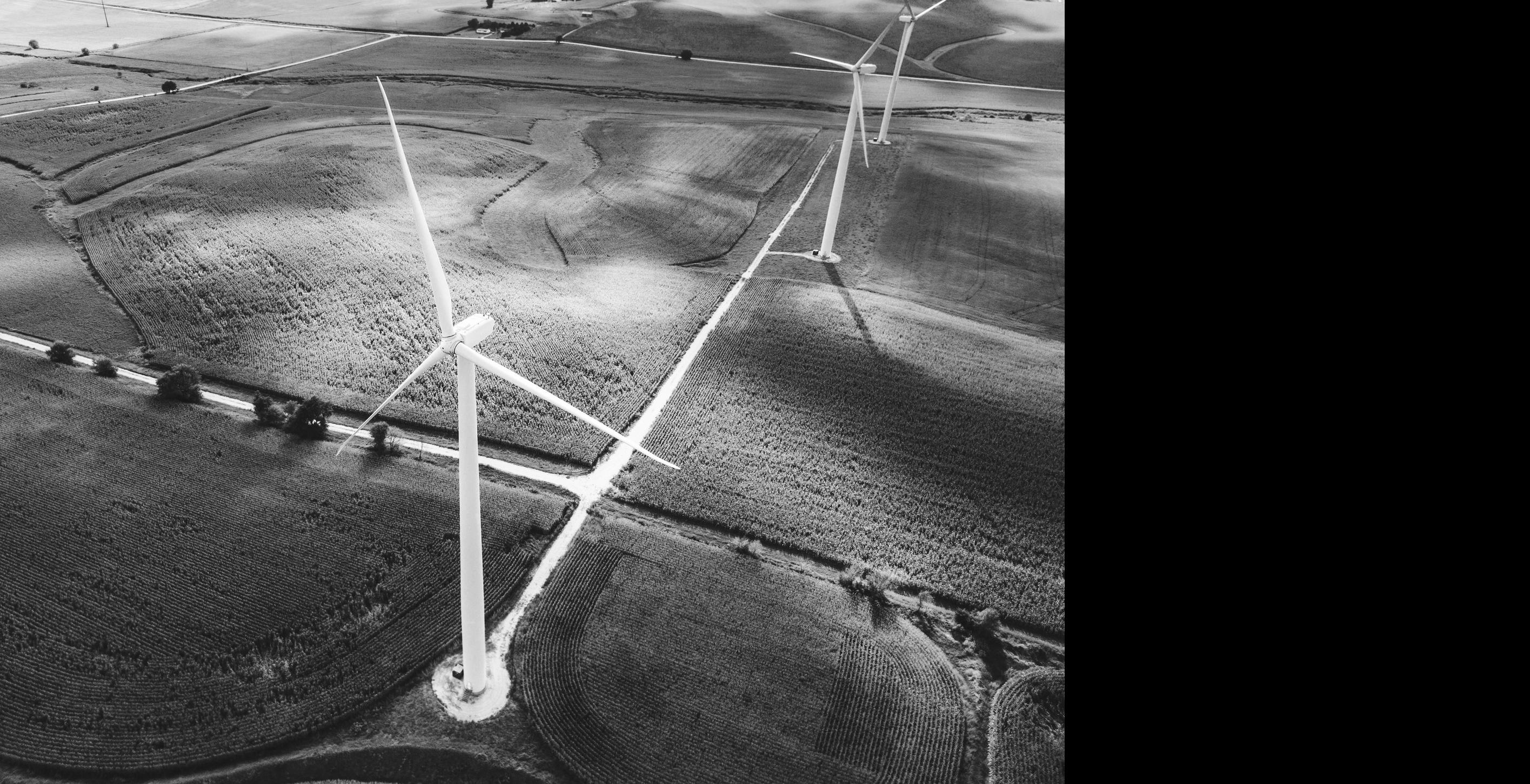 Forty-nine states finalized their FY 2016 budgets months ago, leaving Illinois the last state without a budget. Until April, Pennsylvania was the only other state without a budget after a nine-month impasse. This raises the question of if, when and how Illinois will follow suit. As the impasse persists into fiscal year 2017, more state contractors, social services and industries relying on state funding will feel the pinch. The great state of Illinois may risk a lower credit rating if an agreement is not reached soon.

In fiscal year 2015 Illinois reported its fourteenth straight budget deficit totaling $6.9 billion. This deficit is not only alarming, but peculiar because the state’s constitution contains a balanced budget requirement. Under Article VIII of the state’s constitution, the Governor is required to propose expenditures that do not exceed estimated state revenue and the Legislature must appropriate funds for all expenditures without exceeding estimated revenue. How, then, did a deficit emerge and grow over the past several years? The balanced budget requirement does not expressly prohibit a deficit carrying over from one fiscal year to another. The problem is only compounded when optimistic revenue estimates fall short of expectations and more borrowing is required to meet the state’s financial obligations. The result is a vicious cycle leaving Illinois with the largest deficit in its history and a general obligation bond rating of Baa1 (down from A3), according to Moody’s. To make matters worse, the deficit is expected to grow to $14 billion by fiscal year 2026.

How They Got Here

Governor Bruce Rauner (R) prioritized tackling the budget deficit since the beginning of his term. During his inaugural speech the Governor asked if people would be willing to make sacrifices and reminded that, “Since the days of Lincoln, we’ve stood as a beacon of freedom and justice.” As it stands now, the Land of Lincoln’s beacon is waning and demonstrating that a house divided struggles to stand.

Governor Rauner’s administration inherited a $6.4 billion dollar deficit and a choked revenue stream after the recent expiration of 2011 income tax increases. The income tax increases, which were approved by Democratic lawmakers and then-Governor Pat Quinn (D), increased personal tax rates from 3% to 5% and corporate tax rates from 4.8% to 7%. Upon the expiration of these tax increases in January 2015, Illinois lost close to $3.8 billion in revenue. With such a severe loss, it was put upon Governor Rauner and the Legislature to address the state’s financial condition and make up for the lost revenue. During a budget speech to the General Assembly in mid-February, Governor Rauner unveiled his ‘Turnaround Agenda’ as the solution. The Agenda includes the following proposals:

Governor Rauner proposed $3.5 billion in spending cuts if lawmakers do not accept his Turnaround Agenda. This includes cuts to Medicaid reimbursement for hospital providers, lower dispensing fees for pharmacists and reductions in funding for higher education.

While the Governor has focused on greater economic incentives, Speaker of the House Michael Madigan (D) and Democratic legislators have instead proposed increasing property taxes to make up for the revenue shortfall. Members of the Democratic Party believe that Governor Rauner’s pension cuts would only backload an already ailing pension structure and oppose cuts to major state programs.

Both of these proposals have struck the core of each party’s base resulting in the current stalemate. So much so, that it is possible a budget agreement will not be reached before the May 31 adjournment.

How Illinois is Functioning without a Budget

Despite the impasse, Illinois continues to collect taxes and operate without a budget. As a result, many state agencies and programs are operating based upon fiscal year 2015 budget appropriations because they have yet to be told how much they can spend. Additionally, many of these agencies and programs do not have the authority to spend funds unless a budget is passed. Appointed by Governor Rauner (R) in 2015, Comptroller Leslie Munger (R) has been the one responsible for determining how the state’s finances are divvied up to agencies and programs in three ways:

The process is leaving many Illinoisans in the dark including Illinois’ homeless population. Housing Action Illinois is a program that provides funding for 14,640 affordable housing units and serves the housing needs of 172,350 people. It relies on the Illinois budget to receive its funding and now waits for $107.8 million to continue its operations. Meanwhile, Illinois’ public universities have received downgrades in their credit ratings. Even two state parks have had to shut down indefinitely. As Illinois struggles to pass a budget, even more state programs will feel the strain of the impasse.

However, the problem is not confined to state agencies and programs. Businesses have felt the budget pressure too:

Governor Rauner is willing to pay for a special session if a budget agreement is not reached. The clock is definitely ticking as the Legislature is expected to adjourn May 31. However, the May 31 adjournment is not the same as a sine die adjournment, which will likely be in December or January. Illinois is one of several states without a limit on their session length and has a continuous legislative body. Last May 31, pursuant to H.J.R. 85, Speaker Madigan called the Legislature into a “continuous session” to work on the budget. The joint resolution required the House to return June 4 and the Senate June 9. Additionally, it allowed the Speaker and the Senate to call legislators back to the capitol. The House met 15 times throughout the summer and legislators were unpaid for each of those days. A handful of new bills were introduced as well as numerous amendments. It’s likely a similar resolution will be passed if no agreement is made before May 31.

A special session could prove to be a liability for Governor Rauner’s Turnaround Agenda. Under Article IV of the state’s constitution, bills passed after May 31 are not effective before June 1 of the next calendar year unless the Legislature, by a three-fifths vote, adopts an earlier effective date. This is especially concerning for a budget bill because Illinois’ fiscal year begins July 1 and ends June 30 of the following year. A budget bill passed after May 31, with a simple majority vote in both chambers, would be implemented a year later, rendering it useless. This means any budget bills passed after May 31 would need to meet a supermajority threshold in order to become effective July 1.

A special session might not be so bad for the Legislature if the outcome is ultimately determined by the supermajority. However, there is some disagreement between both chambers, putting the supermajority’s unity into question. Last February, the Governor exercised his veto authority by rejecting a Senate proposal (S.B. 2043) that would have allocated $721 million to the state’s higher education system. The House failed to secure the necessary three-fifths to override the Governor’s veto and the proposal failed. These differences between the House and Senate highlight a history before the budget impasse as well. In March 2015, two Democratic legislators opposed a tax pushed by House Democrats, which would have added a 3% surcharge on incomes earned over $1 million. As the budget impasse extends into fiscal year 2017, more cracks may develop between party members.

Much like Alex Trebek’s tenure on Jeopardy, Illinois’ financial woes are nothing new. They even predate Al Capone’s famous tax evasion conviction. With the longest budget impasse in recent history, the financial condition of Illinois looks bleak. In the coming weeks, the Legislature and Governor Rauner will decide the fate of Illinois’ fiscal future. Whether that future establishes a budget before the Cubs win the World Series remains to be seen.